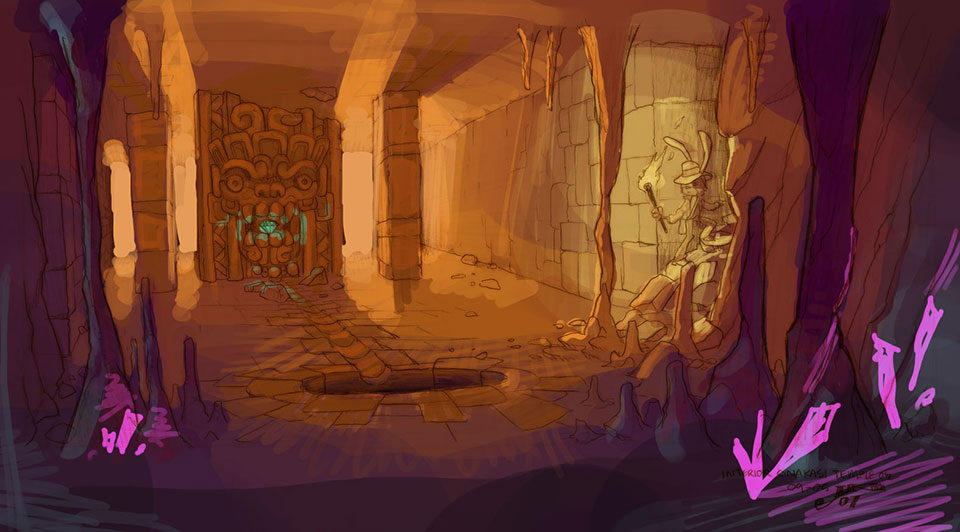 Do you know the history of Dizzywood? Long before human Dizzywood explorers first arrived from Earth, the world had its own native inhabitants, called Ancients, Sprites and Bogies. Read on to learn more about this amazing world’s history.

A Brief History of Dizzywood

Before humans and animals, the world’s main inhabitants were huge elemental titans called Ancients, small faerie-like creatures called Sprites, their more wild counterparts Bogies, nasty monsters of all shapes and sizes, and the many flying and skittering critters who make up the world’s indigenous animal kingdom.

Animals from our world were the first to discover Dizzywood many thousands of years ago. Through the magic of Dizzywood, they gained a keen intelligence and developed speech as well as the ability to walk upright. These animals soon began forming communities, which mirrored the ones they had seen on earth. Ancient Egyptian cities made up of Nile alligator men sprang up in desert regions. Jaguars, snakes, and armadillos created vast Aztec and Mayan-like Empires in the area that would eventually become known as Tanglevine Jungle.

Magic in the world manifests itself naturally in a variety of ways, including pools of elixir and underground crystals. The animals have developed technology and machinery using the magical elixir, such as cars, airships, and all manner of modern devices. A group of mad scientists has even invented teleporters, robots, jetpacks, and other sci-fi devices.

Fairly recently, human explorers discovered the world. One of the explorers, a miscreant named Simon Withering, decided that he wanted to sap this newfound world of all its wondrous magical resources. Attempting to rename the world Witherland, he proclaimed himself to be Emperor and set to work gathering monsters and mad scientists to be his minions.