Panoramas From the Past

Dizzywood was made up of several different areas to explore and over the years, many were added. Some, such as Presto’s Grove and Presto’s Edge, were even changed radically during the course of the game. When you were walking through Dizzywood, however, you were usually limited to a small area in your field of view, and could never see the entire area on screen. Sometime in 2008, we produced panoramic views of some of the more popular areas in Dizzywood. Take a look at the images below. What was your favorite area in Dizzywood? Drop us a comment below! 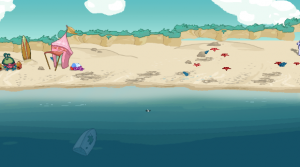 The Explorer’s Camp in Dizzywood. That’s Pierre by the campfire. 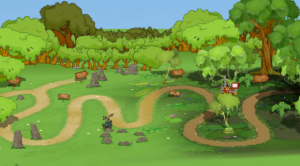 The original layout of Presto’s Edge in Dizzywood.